It is our pleasure to present you the offer of Tonsil Sound UK.

The Tonsil brand develops its operation, using all funds available for new projects and performance of innovative ideas. We have qualified technical staff whose high skills, experience and know-how have resulted in the strong position of the company. They are assisted by a group of young employees, who have enriched the production line with new technologically advanced elements.

Tonsil Sound Ltd, a loudspeaker manufacturer official business partner and authorized UK Dealer is pleased to present the full offer of products of this top brand. Our catalogue includes subwoofers, midwoofers, tweeters, sound domes and many more. We considered the latest technological achievements while preparing our new offer. Our products can compete with the loudspeakers made by the best-known manufacturers.

An audiophile, sound connoisseur or anybody relishing high quality music ? whichever you are, take pleasure in exploring our offer.

In March 1945 the Poznan management of the Polish Radio established a speaker manufacturing company named Polish Radio ? Speaker Factory in Wrzesnia, Poland. Originally the factory occupied old timber buildings, where eight types of speakers for broadcasting systems were manufactured from materials abandoned by the Germans.

In 1946 the factory joined the Radiotechnical Industry Association and was renamed the State Speaker Factory. In 1950 it was renamed again to the Speaker Manufacturing Company. At the time production began to develop and in 1947 the company manufactured its first microphone. In 1949 the production of speaker transformers began. The company also released low-power engines and electromechanical automation components.

In 1960 the company was renamed to Tonsil. In 1972 the production of engines was taken over by a newly established enterprise, Mikroma. Between 1973 and 1974 the acoustic transducer production technology was thoroughly modernised.

In consequence, the production increased considerably and the company started exporting its products. Thus, the licensing costs were paid. An anechoic chamber was built for measurements. Before, measurements had been occasionally made on the roof of one of the buildings.

In 1961 Tonsil joined the Association of Consumer Electronics Manufacturers UNITRA. Until 1989 the company was a monopolistic manufacturer of electroacoustic transducers in Poland. As a result of market transformations in 1989 Tonsil lost its monopolistic position. On 8 October 1990 the enterprise was transformed into a public limited company. In April 1991 Tonsil S.A. was one of the first five Polish companies listed on the Warsaw Stock Exchange.

In 1998 Tonsil Loudspeaker Company (TLC) was established in London as a commercial enterprise offering Tonsil products in the British market. In that year TLC appeared at the HI-FI SHOW in London and presented two flagship models of loudspeakers: Classic 1 and Classic 2.

In this brief outline of the company?s history we cannot fail to mention dozens of loudspeaker brands based on Tonsil components or fully manufactured by Tonsil and sold with logos of well-known and reputable brands. There is a long list of products carrying the logos of Arcus, Grundig, Denon, Wharfedale, Mission, Sony, MB Quart, Hitachi, Opera, Phonar, Totem and many more, which were manufactured in cooperation with Tonsil. Many of them were widely acclaimed by customers, including Wharfedale Diamond, Opera Duetto, Mission 700, Totem Mite and Sttaf, to mention just a few models based on Tonsil know-how and experience.

In the late 1970s Tonsil products made a howling success in the US, France and other countries. In 1979 the company launched the production of Altus loudspeakers, which are still the best-known series manufactured by Tonsil.

Explore the world of sound where tradition and experience meet state-of-the-art design and technology. 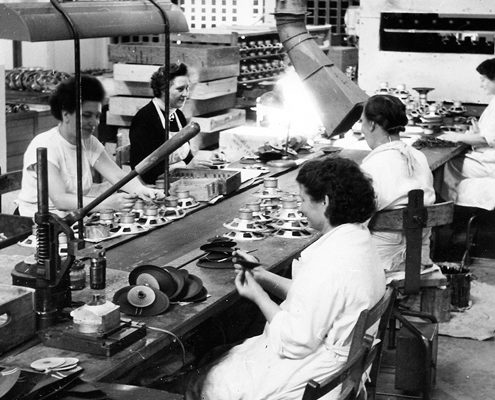 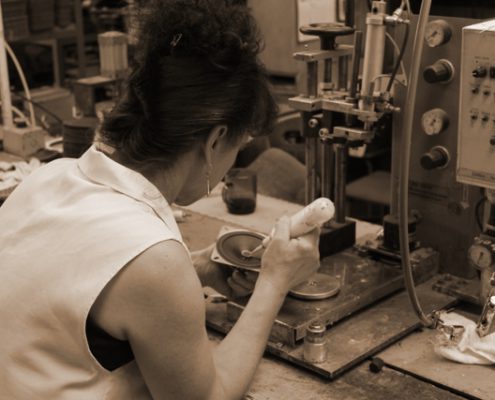 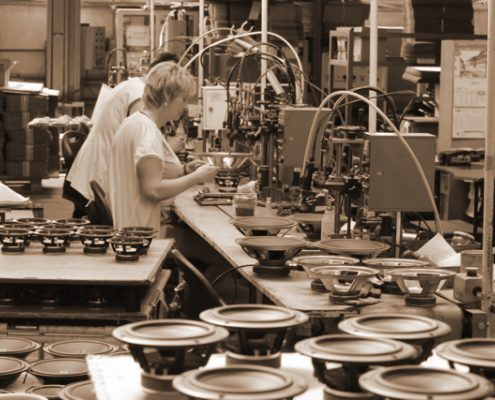